We’re celebrating the release of the new Netflix series “Night on Earth.”

In late August, 2018, Bjorn Dihle and I flew into a remote community tucked among glacial rivers and mountains. We were there as expert wildlife guides assisting the crew. Our arrival was timed with the moon. Big tides would be bringing pink and chum salmon into the clear water tributaries of this glacial river to spawn. The goal was to film bears and wolves fishing in the dark, a behavior that had never been captured at night.

Wildlife enthusiasts know that dawn and dusk are the best times to see active animals. From a film perspective the challenge is that the best behavior occurs in the low or absent light. Our crew was just a small part of the global Night on Earth team using groundbreaking technology that would allow us to capture animals without the light of the sun.

In Alaska, dusk is often referred to as “Bear-o’clock,” when bear activity increases. I have observed bears fishing in the dark only a handful of times. The risk increases in the dark because the main way we communicate with bears is though body language. In the dark, we can’t see each other’s body language and the likelihood of surprising a bear increases.

We believed we could help the team film bears, but we were skeptical that we would see any wolves. Not because they wouldn’t be there, but just because wolves are incredibly skittish of any human presence. Though wolves had been seen here previously, we figured there was little likelihood of lightning striking twice.

While Bjorn and most of our guides are bear-freaks first and foremost, I have spent years tracking and filming wolves on the mainland around Juneau. Over the course of several years, I had managed to capture exciting footage of wolves on remote cameras but I had only seen one wolf in person in Alaska (Yellowstone being the main place people go).

Bjorn flew in a day ahead to scout.

Bjorn is a skilled woodsman. He went in to figure out how bears were using the creek and if there were any wolves around. When Bjorn met me at the float plane dock, he helped unload my gear. After a casual “How’s it going?” the first thing he said was, “There are wolves here.”

Wolves are famous travelers, covering hundreds of miles of territory when their food requires it. They’re also intelligent opportunists, presented with a short-term food source like a salmon run, they might also hang out in one spot to make the most of it. Bjorn took me to a concentration of wolf tracks he had found along a side slough where fish were spawning.

Out in the broad valley, the river was braided between steep glacially-carved walls. Willows and alders grew in the sand and cobbles between channels. Wolf tracks and dead salmon punctuated a sandbar sheltered by cottonwoods.

Wolves have a distinctive way of eating salmon, where they remove the head above the jaw. Bears also eat salmon brains, but the wolves technique looks different, cleaner. Perhaps eating the heads is a way of avoiding the parasites that commonly live in salmon flesh and afflict bears. All of the salmon on the bar had their heads cleanly removed. I found a shallow pinch in the stream where the tracks were concentrated. It seemed like waiting here was the best chance we had.

Our primary concern was having an unexpected close encounter with a bear. In the dark, the bear wouldn’t be able to see us or our body language. We had a extensive bear deterrent strategy, but the most important part was that we could see a good distance in every direction. With night vision scopes, we would see a bear long before it go close. This would give us and the bear plenty of time to react calmly. We were able to stay out of the bear’s way. Interestingly, we only saw one big male bear. This was similar to other places I have seen bears at night, where larger bears seem to dominate the creek at night.

The wolves appeared right at dusk. The rest is movie magic. Check out the sequence on Netflix!

Overall, we were impressed with the thoroughness of the preparation, the gear they provided us, the quality of the guide and of course, the fact that we saw lots of bears in a natural setting! We would highly recommend this once in a lifetime experience! read less 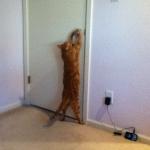